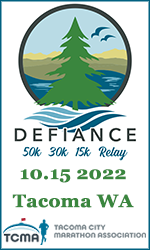 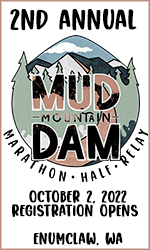 Story Behind The Logo

We are often asked how we came up with our Marathon Maniacs Logo. Here is a brief story.

As the whole Maniac idea was coming together we thought we needed a logo to make us look as unique as our club was. We got together with a fellow running buddy Mark Ariyoshi who is a graphic designer. Mark suggested that we incorporate characteristics of the three founding Maniacs into an animated character that would represent a true Marathon Maniac. Everyone loved the idea and Mark was soon collaborating ideas from each of us on our daily tempo runs to come up with the right mix to keep the three of us happy. His first goal was to make the guy look like a Maniac, that's where the bulging eyes and tongue hanging out come in. Chris has a tendency to swing his right arm out as he is running, that's why the right arm is placed where it is. Steve always wore his Timex GPS watch while doing training runs, that's what's on the left arm going "beep beep beep". Tony's first website and also his personalized license plate were PF FLYER, so this was written on the side of the shorts. Tony said before every race "LETS BURN SOME RUBBER" so the smoke was added behind the shoes. Also Tony has a huge battle breaking three hours in the marathon, that's why the watch reads "2:59:59". Steve and Tony would frequently tease Chris about a comment that was made from a member of the Dead Runners Society, "the dazzling smile of Chris Warren", this explains the gleam off of the tooth.

Now to answer the question that everyone really wants to know, What's up with the cat on the head??? Well originally when we were making out the criteria on getting into the Maniacs, we couldn't all agree on what made a Maniac. At one point in the conversation Steve said that if it was a close call, the person applying for maniacism had to have a cat! What? Yes a cat! Since all three of the founding Maniacs have at least one cat, he said that to get in you had to have one too (if it was a close call). Obviously, this isn't part of the "real" criteria, but it was really funny to hear him sound so serious about this. That is why there is a cat on the head of the Main Maniac.